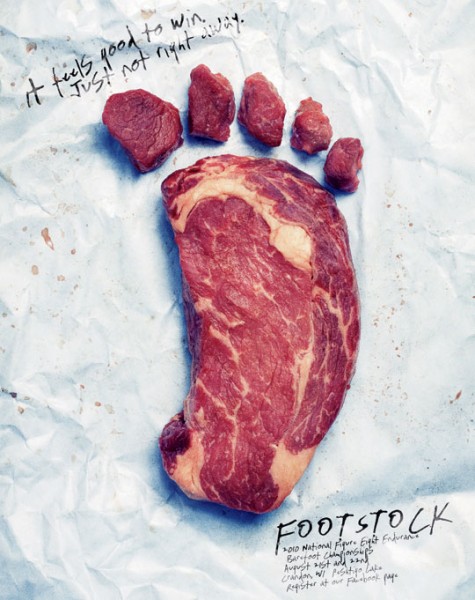 Based on the multitude of posts showing up on my Facebook News Feed, I’m pretty sure these are official…

The last four unbeaten footers were Van Zeeland (he put KSO in to the loser’s bracket), Ehllers, Donahue and Fleck.

Elaine Heller took 1st in the Women’s Division. And from the sounds of it, there were more than a couple pink shirts handed out in the Open Division.

If I’ve made any mistakes, please let me know and I’ll get the story updated. If you have video, pictures, whatever, let me know, I’d like to get it out to the barefooting world.