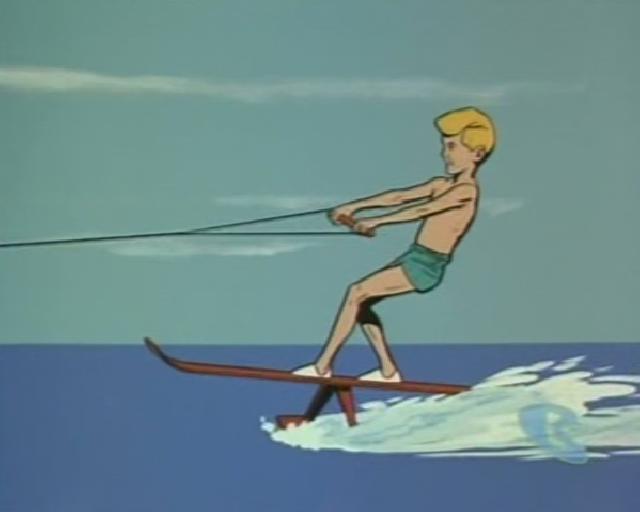 Not really, but kinda. Over on WakeBoarder’s Spot they had an article about a new form of wake boarding called Hydrofoil Wakeboarding. Basically, you have a wakeboard that instead of the basic fins on the bottom has a hydrofoil. Granted, they still aren’t being mass produced, but it really isn’t that new of an idea.

As I previously documented, some guy in the UK is trying to patent this idea of a hydrofoil wakeboard and I did my own personal debunking of it. If you look closely at the patent, it’s kinda vague and isn’t even new. Laird Hamilton and his crew of surfers in Hawaii have been doing this for years (as shown in the movie Step into Liquid). They stumbled upon an air chair, decided to get rid of the chair and then put some boots on it so they could get towed into the really big waves for surfing purposes. I’ve previously posted about this here and here. The movie came out in 2003 and it looked like they had been doing the foil surfing for several years. They had the process pretty well refined.

But my documentation of the foil boards goes back even further now. In the pilot episode of the classic cartoon Jonny Quest titled Mystery of the Lizard Men they show Jonny on what could almost be a hyrdofoil wakeboard. This back in 1964. Here’s the proof…

Now this isn’t the best arguement because they put pretty much every water craft that the Quests owned on a foil of some sort, but it does show an elongated board for the purpose of being towed on the water with his feet secured and a hydrofoil.

This also gives me a good place to recommend the modern day version of Jonny Quest titled The Venture Brothers. It airs on [adult swim]. Great little cartoon and the make fun of Jonny Quest too.